Hi folks, at last I have got time to sit and maybe share my holiday with you. I have been a bit busy and had a bit of jet lag hence the delay.
I hadn't posted on either FB or on this blog that I was going as I didn't think it wise to advertise the fact that I was away from home.
I got picked up by taxi at 8.45 am Friday 22nd June , a 1.1/2 hr journey to  Heathrow Airport for a 4.30.pm flight to New York. My daughter Karen, was accompanying me. where we met at the airport.
Our arrival at NY was late and we missed the courier pick up, and had to get help from the info desk who phoned the hotel, they sent a shuttle for us and so the holiday began.
We stayed at The Sheraton hotel. After a  quick freshen up we decided to take to the streets to explore and find something to eat. The others in our party ad arrived a couple of hours earlier and had started their first excursion which was to ground zero.
It was raining heavily when we arrived with thunder and lightening, oh dear we thought, is this going to be a wash out. but no, it cleared up and got hotter and hotter and hotter, till the temp was over 100 deg when we left for home from Washington.
After a good walk round the Theatre district and some of the lovely shops, we headed home for bed, which by this time would have been around 3 am British time.
Next morning after breakfast, a tour round New York taking in the various 'townships' of China town, Little Italy etc. very enjoyable. In the afternoon we had the choice of going to see the Statue of Liberty

or a trip to Staten island, Instead we took the opportunity to visit ground zero, which was very busy but still retained the air of sadness. I would have been cross had we missed it. 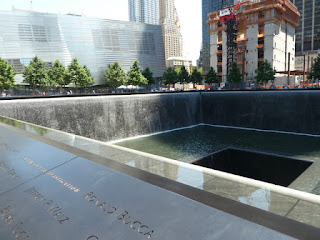 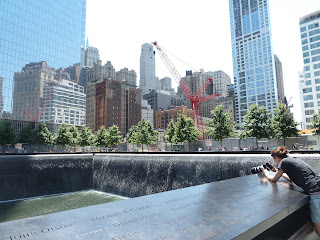 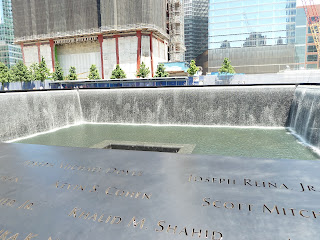 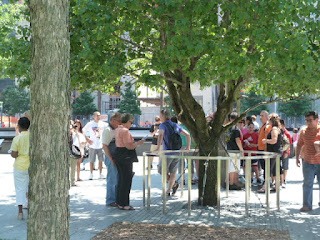 This tree miraculously survived the holocaust, despite being only yards awayfrom the towers


We were free in the Evening, so did some more exploring of NY,

Day 3 After b/fast, we departed for Philadelphia [Independence hall and Liberty Bell], as there was a queue to see them, we opted to have a ride in an open horse and carriage   instead, a good move, as it was interesting and our driver made it fun.

After lunch we then travelled to Lancaster PA staying at the Eden Resort Hotel]
Mon 25th Visited Wheatland home of 15th President, lunch then shopping at Kitchen Kettle village.
After lunch we paid a visit to the Amish Community, with  an invitation to a member's home in the evening we joined them for dinner at a local restaurant. It was an interesting and very informative day, leaving  me with a deeper insight into the sect than I had previously. Though I must admit, it would not be my chosen way of life, too much like hard work and a rather restrictive dress code..
Back to hotel at 8 pm,
My room overlooked the swimming pool where  families were having a wonderful time, cooling off from the heat, when a thought occurred to me that the children in the village [Amish] don't know what it is  to enjoy themselves in that way..................well, it takes all sorts. 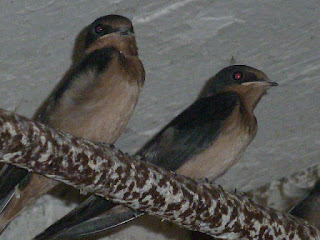 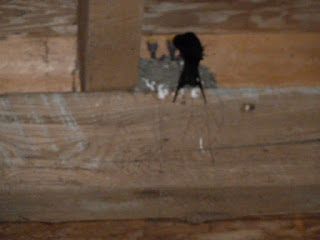 Some swallows in the barn of the Amish 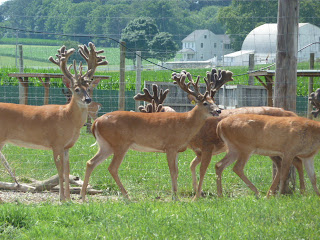 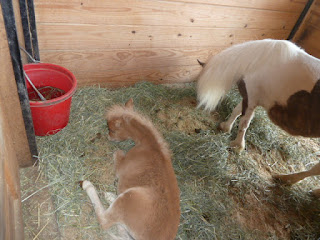 
Tuesday 26th.. After breakfast, bags outside for next hotel pick up, while we had a trip to Gettysburg, the site of the Battle of the American civil war, and an important turning point, We had an expert in the telling of this,  he was very animated, almost re-enacting every part, Though strictly speaking it was not my scene, I do realize the importance of this historic event, but then i'm British [mmm] nuff said there.] 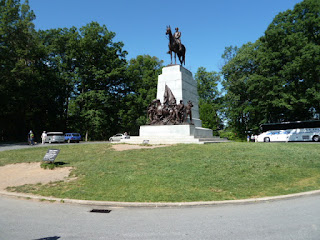 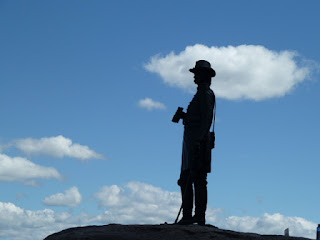 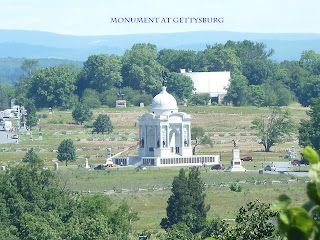 Gettysburg, sorry I don't know who the statue is


After a break for lunch we took off for the Shenandoah valley, crossing the Mason -Dixon line then on to the Blue Ridge mountains to spend the night in Shenandoah national Park. more about that in the next blog............. 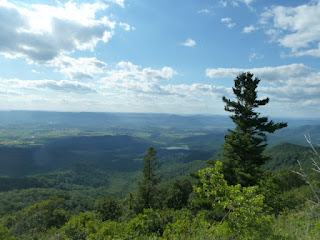 The scene over the Shenandoah valley toward the Blue Ridge mountains

Thank you for visiting and please come back, Arlene, Tango and Ruby
Posted by Arlene at Saturday, July 07, 2012