Come and wonder with me

A couple from   Montana were out riding on the range,
he with his rifle and she (fortunately) with her camera.
Their dogs always followed them, but on this occasion
a Mountain Lion decided that he wanted to stalk the dogs
(you'll see the dogs in the background watching).
Very, very bad decision.

The hunter got off the mule with his rifle and decided to
shoot in the air to scare away the lion, but before he could
get off a shot the lion charged in and decided he wanted a
piece of those dogs.

With that, the mule took off and decided he wanted a piece
of that lion.

That's when all hell broke loose for the lion.
As the lion approached the dogs, the mule snatched him up
by the tail and started whirling him around.  Banging its head
on the ground on every pass.  Then he dropped it, stomped
on it and held it to the ground by the throat.  The mule then
got down on his knees and bit the thing all over a couple of
dozen times to make sure it was dead, then whipped it into
the air again, walked back over to the couple (who were stunned
in silence) and stood there ready to continue his ride as if
nothing had just happened.

Fortunately, even though the hunter didn't get off a shot, his
wife got the pictures. 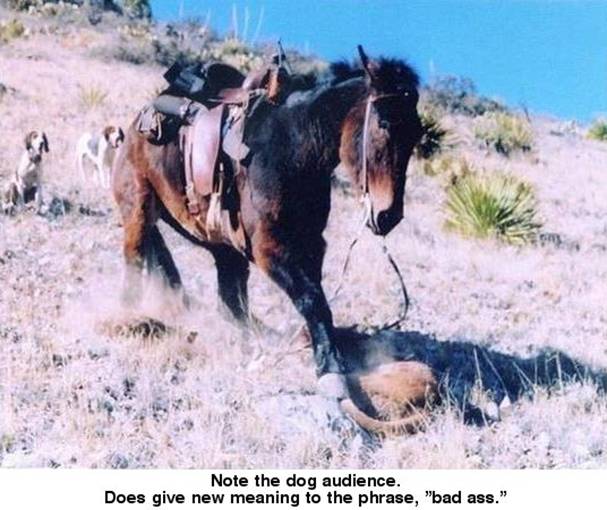 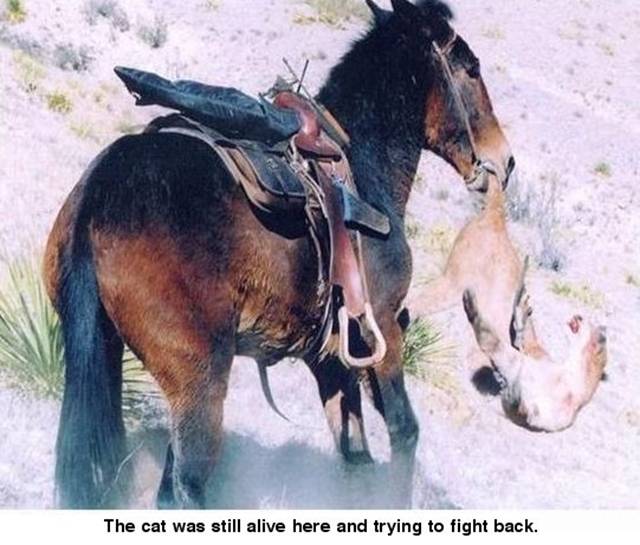 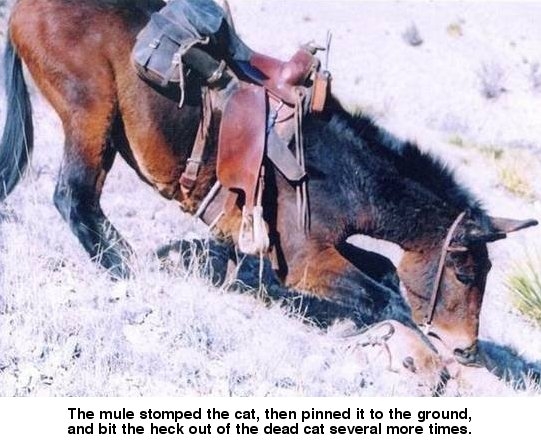 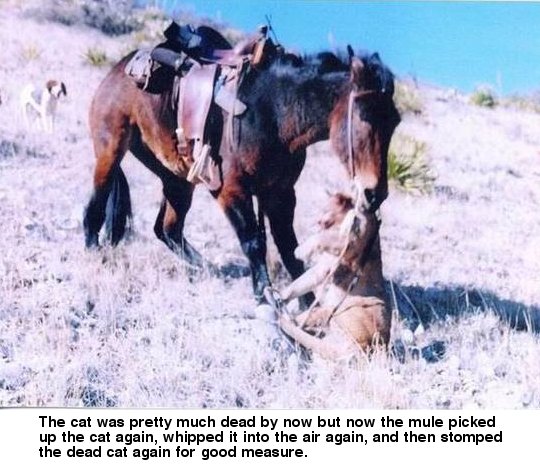 Thank you for visiting and please come back, Arlene, Tango and Ruby