in the garden catch up

Yesterday was a nice day so I decided it was too good not too spend the day in the garden catching up, plus taking a couple of photos, and as to-day is a bit miserable the garden will have to take a back seat, so a good time to catch up on the computer.
I have to go to my older daughter's to-morrow as it is her birthday, and Thursday I have a scan on my shoulder.
I think my little friends below were looking for some fun with each other. 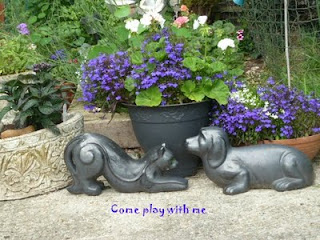 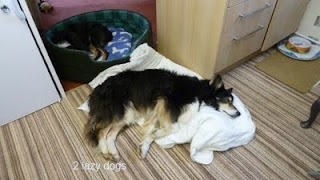 It would do the pair of them to get out in the garden too by the look of things. 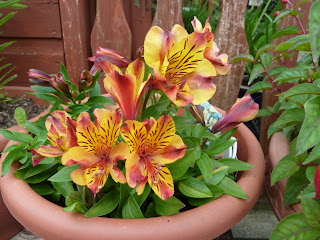 These are very pretty They are Princess Lilies, called after the late Princess Diana if I remember. 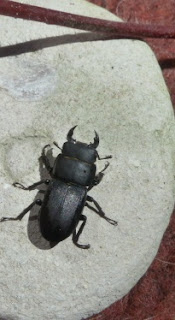 This female stag beetle had fallen into a flower pot and couldn't get out, I left her there till I got the camera, as we see so few of these little creatures, I have'.t see a male for a long time. I always leave some dead wood and branches behind the shrubs for them and other creatures to live, so I'm sure they're there, but I'm reluctant to go poking around. 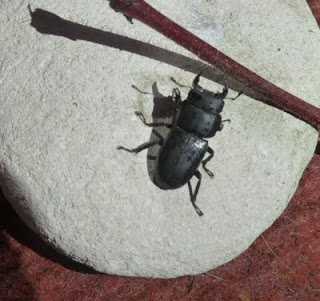 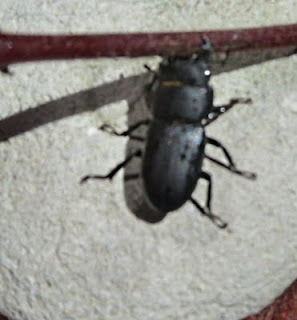 She decided to give this branch a nip, their bite is apparently quite hard compared to the male, who's antlers are much bigger, hence the name, but I wasn't going to test it out. 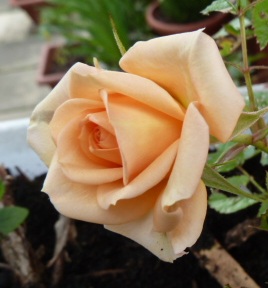 This is my Sunset Rose, a patio rose my daughter gave me Mothering Sunday some years ago now. it never lets me down, comes into bloom every year. 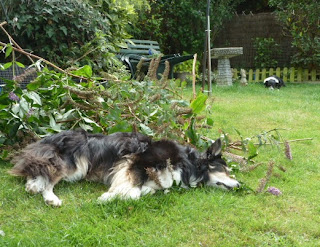 I decided to cut the spent branches of the Buddliea , Tango thought they'd make a nice bed 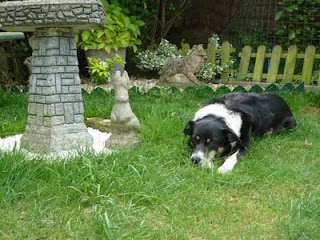 Can't say that Ruby is much more help either, just waiting to see if I'll play ball. 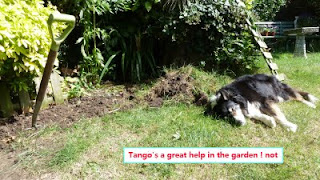 And again, Tango the Tired one.